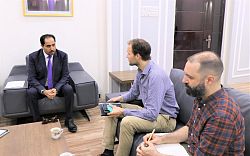 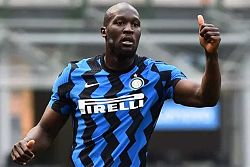 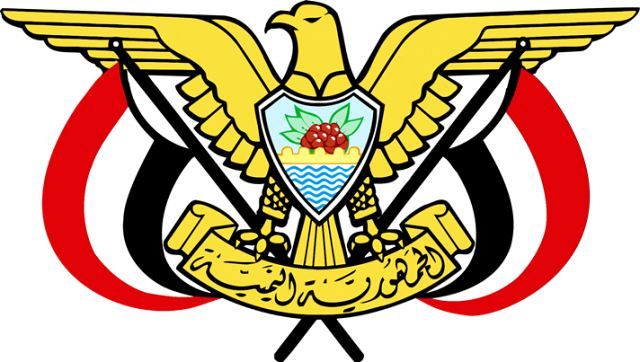 Riyadh - Saba
A presidential announcement of the transfer of power and the formation of a Presidential Leadership Council was issued today.

Below is its text...
President of the Republic:
Based on the powers granted to us by the Constitution of the Republic of Yemen in embodying the will of the people, respecting the constitution and law, protecting national unity, the principles and objectives of the Yemeni revolution, committing to the peaceful transfer of power and supervising the sovereign tasks related to the defense of the Republic and those related to the foreign policy of the state.

And based on the Gulf initiative and its implementation mechanism.

And in accordance with Article 9 of the executive mechanism of the Gulf initiative, which stipulates the need to take all necessary legislation to implement the guarantees contained in the Gulf initiative, the most important of which is meeting the aspirations of our people for change and reform, and removing the elements of political and security tension.

In my capacity as the President of the Republic of Yemen, and with a desire to involve effective leaders in managing the state in this transitional phase, and affirming our commitment to Yemen’s unity, sovereignty, independence, territorial integrity and territorial integrity, and sensing historical, national and humanitarian responsibility in the current circumstances that the country is going through in all its lands, and facing humanitarian and political crises that resulted from the war between our people, and in order to overcome the difficulties and obstacles that were placed in the way of achieving our people’s aspirations to build a new Yemen, and to achieve the requirements of our people in preserving the social fabric and stopping the bloodshed, healing the wounds, embodying the goals of the glorious September and October revolutions, and preserving the unity of our people in a state A civil society that achieves broad partnership and equitable distribution of wealth, protects everyone, and achieves the essence of the outcomes of the comprehensive national dialogue, and in our desire to preserve the bonds of brotherhood among all our people, and based on the principles that our people believe in and the need to achieve their aspirations for a comprehensive and lasting peace, and in order to preserve the security of citizens all and stability of the security of the homeland and the integrity of its territory, and to complete the tasks of the transitional period and to implement the consensus of the people our honorable play;
We issued a Declaration for the transfer of power as follows:
Article 1: The Presidential Leadership Council.
(A): Pursuant to this declaration, a Presidential Leadership Council shall be established to complete the implementation of the tasks of the transitional period, and I hereby to irrevocably delegate to the Presidential Leadership Council my full powers in accordance with the constitution and the Gulf initiative and its executive mechanism.
(B): The Presidential Leadership Council, in addition to its above-mentioned powers, has all the powers of the Vice President.
(C): The Presidential Leadership Council will be headed by Rashad Muhammad Al-Alimi, and the membership of seven members namely:
(1) Sultan Ali Al-Arada.
(2) Tariq Muhammad Salih.
(3) Abd al-Rahman Abu Zara’a.
(4) Abdullah Al-Alimi Bawazeer.
(5) Othman Hussein Megali.
(6) Aidarous Qassem Al-Zubaidi.
(7) Faraj Salmin Al-Bahsani.

(4). If it is not possible to have a simple majority of the attendees at the joint meeting, the Chairman of the Presidential Leadership Council decides the decision.

(D): The Consultation and Reconciliation Commission elects its executive presidency from among its members in its first session, based on an invitation from the President of the Presidential Leadership Council.

(E): The President of the Presidential Leadership Council appoints whomever he deems fit from the national competencies to be a member of the Commission when needed, provided that the number of members does not exceed one hundred members.
Article 3: The legal team.

The Presidential Command Council is in charge of negotiating with (Ansar Allah) the Houthis for a permanent ceasefire throughout the republic and sitting at the negotiating table to reach a final and comprehensive political solution that includes a transitional phase that will move Yemen from a state of war to a state of peace.

The term of the Presidential Leadership Council ends in accordance with a comprehensive political solution and the establishment of complete peace throughout the republic, which includes defining the transitional phase and its requirements, or when general elections are held in accordance with the new constitution and the inauguration of the new president of the republic.

Article 9: Inconsistency.
This declaration supersedes what contradicts its provisions in the constitution and laws.
Abd Rabbuh Mansour Hadi
President of the Republic