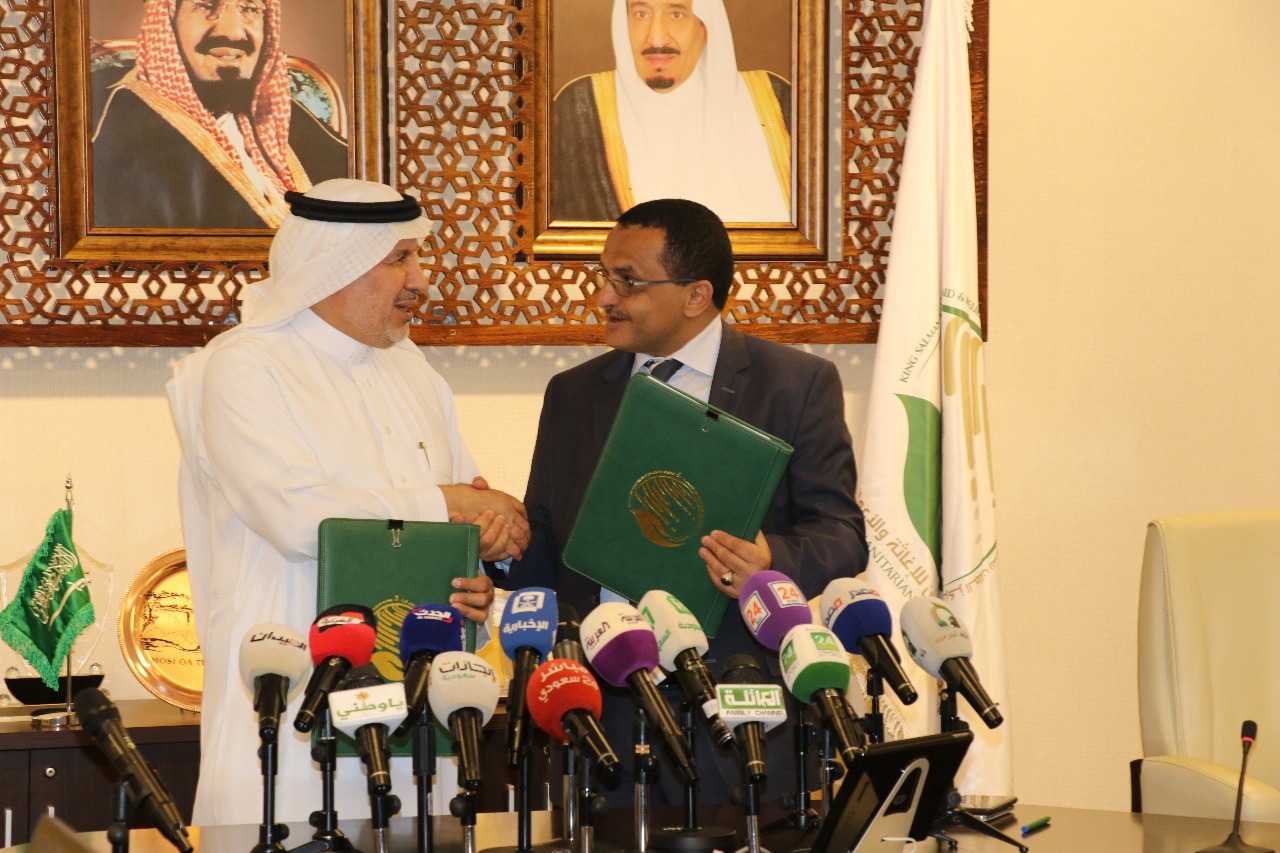 Riyadh -SABA
The Advisor to the Royal Court, General Supervisor of the King Salman Humanitarian Relief Center, Dr. Abdullah Al-Rabiah, today signed an agreement with the head of the Wathaq Civil Orientation Foundation Najib Al-Saadi to finance the fifth and sixth phase of the rehabilitation project for children recruited from Al-Houthi militia in Yemen.

"The latest agreement includes the rehabilitation of children recruited and affected by the war in Yemen in the fifth and sixth phases of the Houthi militia to rehabilitate 80 child victims of war, recruit children, reintegrate children into their communities, Children, how to create a family environment for them, enroll children in school, identify the special needs of children in medical or physical treatment, and establish awareness-raising to prevent violence, injury and disability. "

He added that "the agreement targets 80 children and 80 parents of children directly, and 1920 beneficiaries indirectly in the province of Marib, a total value of 209 thousand US dollars." He pointed out that the recruitment of children and their use as human shields is a crime .. This agreement comes within the framework of the Kingdom's continuous support to the Yemeni people in all fields.

"The signing of the contract is a continuation of the partnership between the King Salman Center for Relief and Humanitarian Action and the Foundation," which aims at 80 children and 80 parents, the head of Wethaq Foundation said. He pointed out that the target of the project is 2000 children. That there are understandings with the Center to establish a new center to protect the children of Hodeidah.