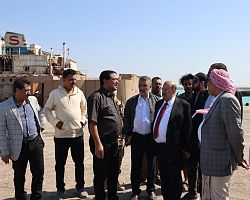 Berlin: Chairman of PLC confers with German President over developments in Yemen 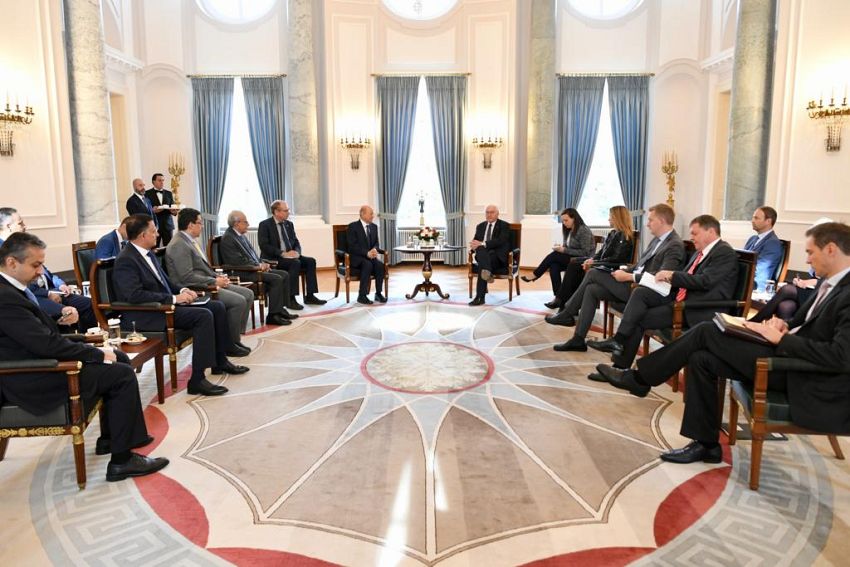 The conversations covered a range of topical issues including the UN-brokered truce, Houthi militias' violations of the truce, humanitarian crisis, the underway efforts to manage Safer Oil Tanker problem, the ongoing reforms by the PLC and Yemeni government and the required German role to maintain the truce, establish cease-fire and get the Houthi militia fulfill its obligations under the truce agreement, mainly open Taiz's routes and other governorates', pay civil service employees' salaries from Hodeidah seaports' revenues.

President al-Alimi confirmed that the PLC and government are committed to the maintain the truce and deal constructively with the UN-led efforts and good offices to establish peace and stability in Yemen in pursuant to the terms of peace references including the GCC's Initiative, its operational mechanism, outcomes of the National Dialogue Conference and UNSRs in relevance, namely 2216.

The Chairman of the PLC provided a presentation about the developments in the Yemeni political landscape, economic and security challenges, the outlines of the PLC and the government to improve security and economic situations in the country and the friends' role to help the Yemeni leadership and peoples at this critical stage.

The German President stated that the Federal Republic of Germany is committed to fully support the PLC and government, the UN-led efforts to extend the truce and build-upon it to establish peace and stability in Yemen, putting and end of the humanitarian crisis, the worst one in the world.

President Steinmeier voiced his concerns about the deteriorated humanitarian and security situations in Yemen, stressing the importance of extending the truce once again and build upon it to reach permanent cease-fire agreement, initiate comprehensive peace negotiations to put an end of the protracted war. 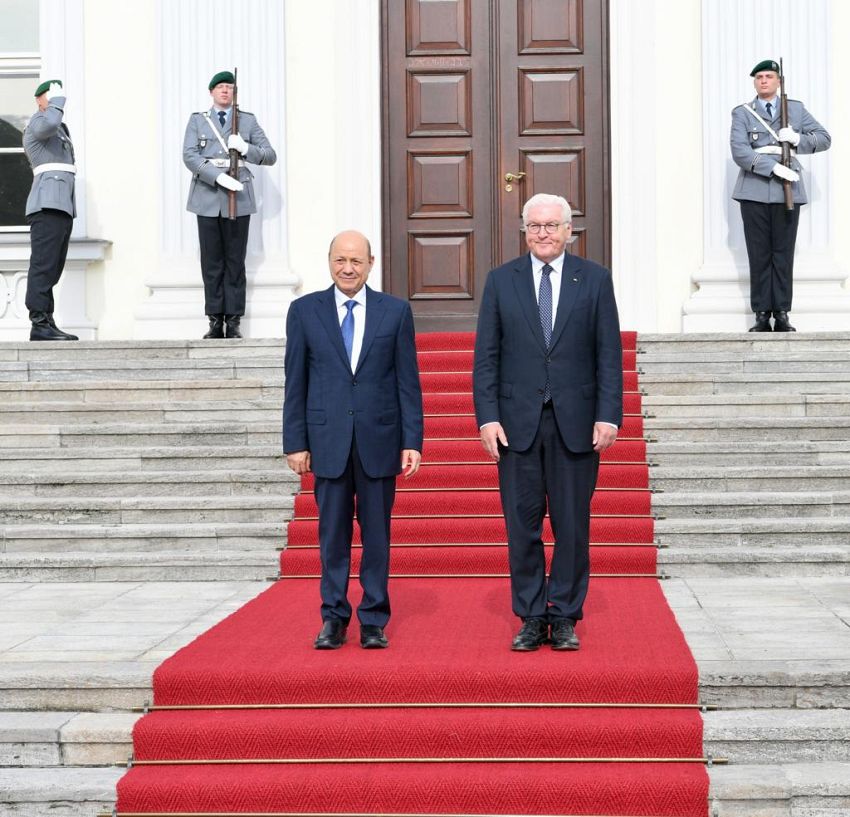 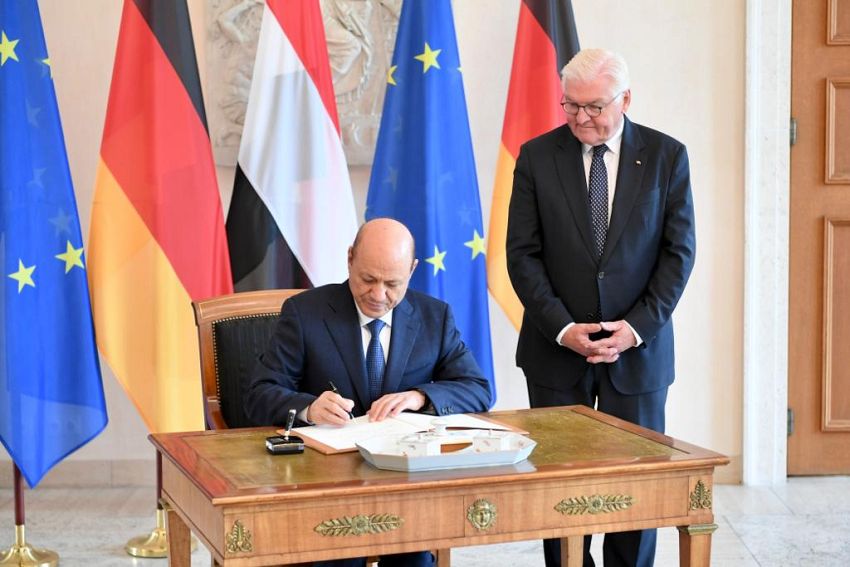 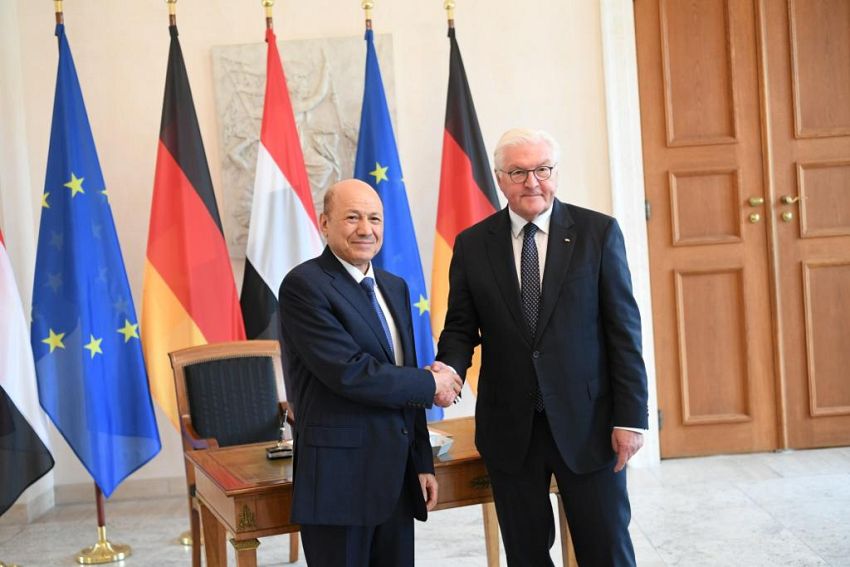 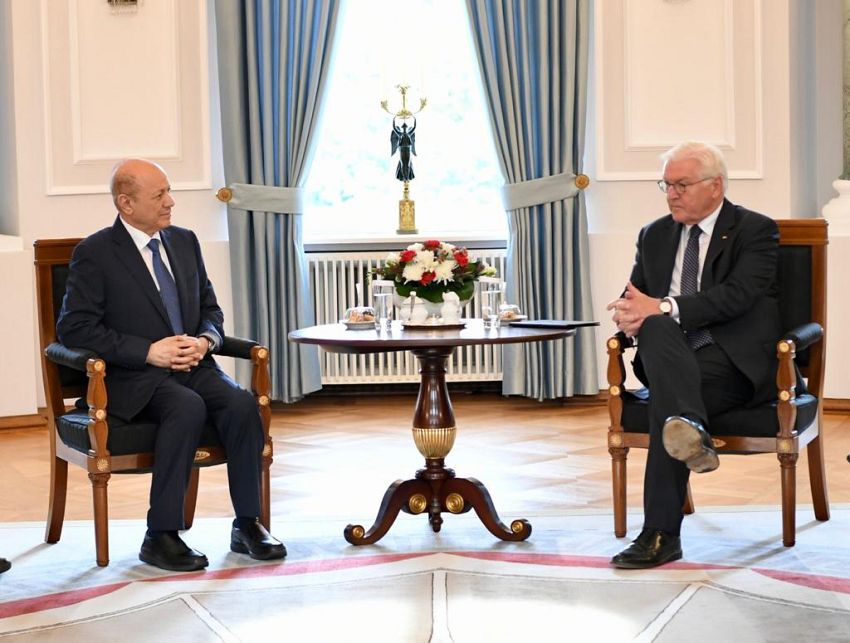 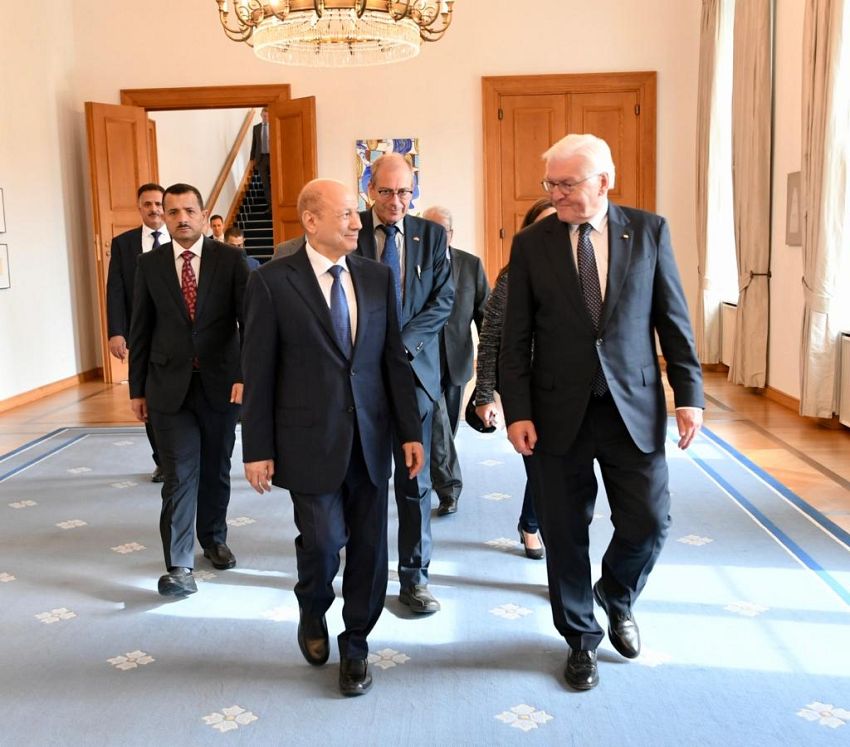 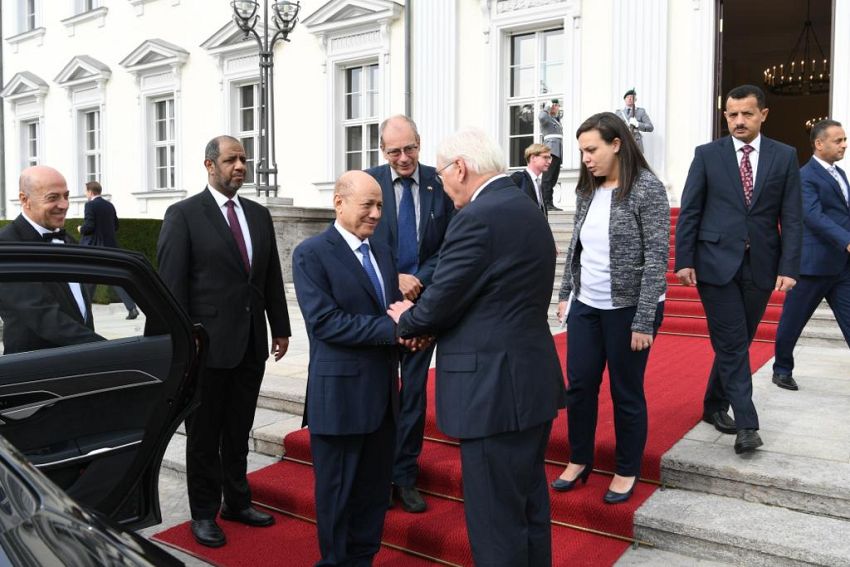 Oppenheim: Negotiating with the Houthi militia is difficult

US Envoy: The actions committed by the Houthi militia constitute an insult to the international community