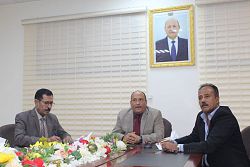 Yemeni, Uzbek talks on helping Uzbekistan join WTO held in Aden
Minister of Industry and Trade Salim al-Wali discussed Tuesday with his Uzbek Counterpart Mohammad Abidov possibility of speeding up the process of joining Uzbekistan to the World Trade Organization.

Argentina wins the 2022 World Cup after defeating France
The Argentine national team was crowned champion of the Qatar World Cup 2022 after defeating its French counterpart, by penalty shootouts, by four goals to two in the match that brought them together, this evening, Sunday, at Lusail Stadium, after the end of the original and extra time, in a positive tie with three goals for both teams.
Last Update: ، 2023/02/08 Time 07:18:34
Latest News:

Report: Houthi militias blamed for 7553 violations against civilians in Aljwaf governorate in 2022 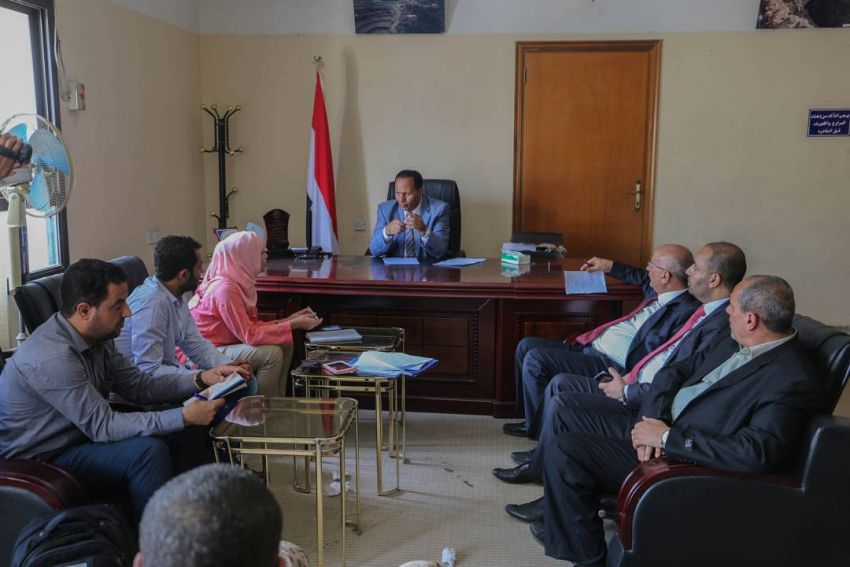 In a meeting with the official of the ICRC office in Taiz Stephanie Allaire this Sunday, Jubari said: "The international organizations fall short of relieving the humanitarian suffering of Taiz, but we thank the Red Cross for carrying out a number of activities and support programs. And we hope that the attention paid to Taiz be heightened up because there are five million people in this province. The war blighted a high percentage of them with poverty, incapacity and all those miserable concomitants of conflict."

"Taiz has been experiencing shelling, killing, destruction and siege for three years, and is targeted for having a reservoir of awareness and education, which the militias refuse and collide with, because they want to maintain a state of ignorance and backwardness to be able to enslave the people."

He called on the ICRC to stand by Taiz and give it a high priority given the militias' persistence in war against this peaceful city.
He said that the Saleh-Houthi coup "militias have killed and injured thousands of civilians in their shelling on the city, which bore the brunt of the war damage" and that the wounded and families of the fallen civilians are going through real agony.

The militias continue to confiscate relief aid convoys and assistances in light of the international organizations' failure to condemn their acts, he said.

The chief of the Supreme Committee for Relief AidAbduraqeeb Fatah was in the meeting and praised the ICRC for alleviating the suffering of the people in Taiz, Aden and Saadah.

He called on the ICRC official "to assess the humanitarian situations in the city of Taiz and not to use the hands off approach that the human rights organizations use based on the assumption that the gladiator and victim are equal."

Fatah said there are scores of wound people in Taiz who need artificial limbs and, therefore, the ICRC has to maintain supporting the artificial limbs fabrication center and to assist in re-operating the closed wards in Al-Thawra Public Hospital. .