Houthi abandonment of the 'divine right' to reign is a prerequisite for peace, says Yemen FM 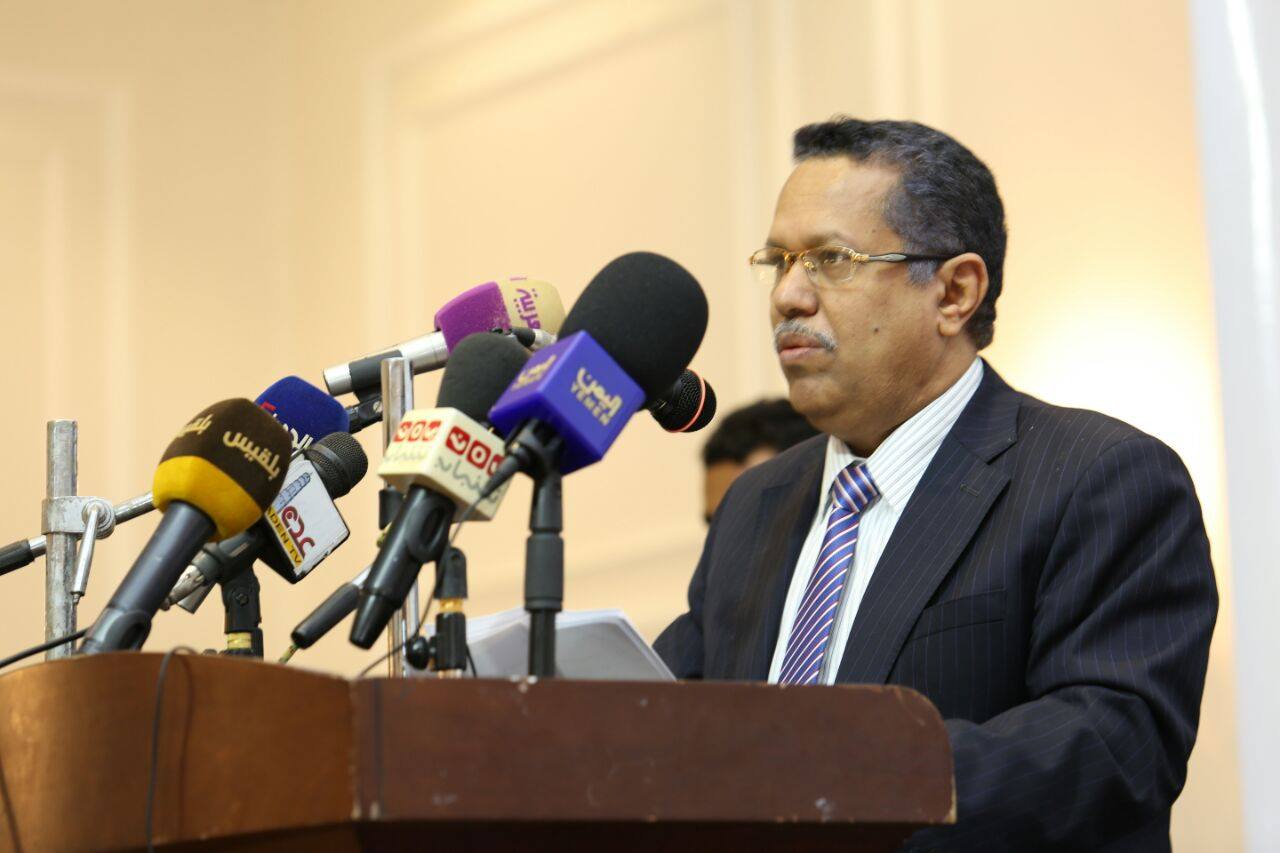 "It is very clearly, Iran (the revolution and the state) is behind this project aims at exporting claimed revolution, via sabotaging and destroying other countries," added Prime Minister in a speech delivered by Minister of Information Muamar al-Irayni on behalf of him in a symposium held at Arab World Institute on Friday.

Yemeni government and the Arab Coalition never been war triggers " it grieves us, and you share us this grief, rebels' insistence on continuing their losing war and are not serious in reaching a political solution," said bin Daghr, reaffirming;" the government's hand will remain extended for peace despite militias' relinquish and breaching commitments and agreements."

He noted that the solution of the crisis is available and the decision is at rebels' hands if they surrender to the people's will and implement the UNSC's resolutions.

" The rebel militias did not save any means of war crimes and used them {all} against our Yemeni patient people; they killed innocent children, women and aged, bombarded cities and neighborhoods, curbed freedoms of speech, shut down all opinion forums and different media, repressed peaceful demonstrations and committed crimes of kidnapping, forcibly disappearances, looted aid and deprived needy people, and imposed tightened besiege on some cities, like what has been done in Taiz for two years now, as well as banning UN organizations and officials access to the city," he said, detailing Houthi-Saleh militia's crimes.

The rebel militias are waging the war to impose their sectarian project supported by Iran under the force of weapon, said bin Dahgr.

The Prime Minister made commitment to Yemeni people to live up to their good thought on him, highlighting efforts of Arab Coalition led by Saudi Arabia and the United Arab of Emirates for providing different types of support to Yemeni people.