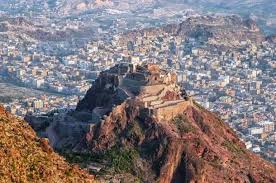 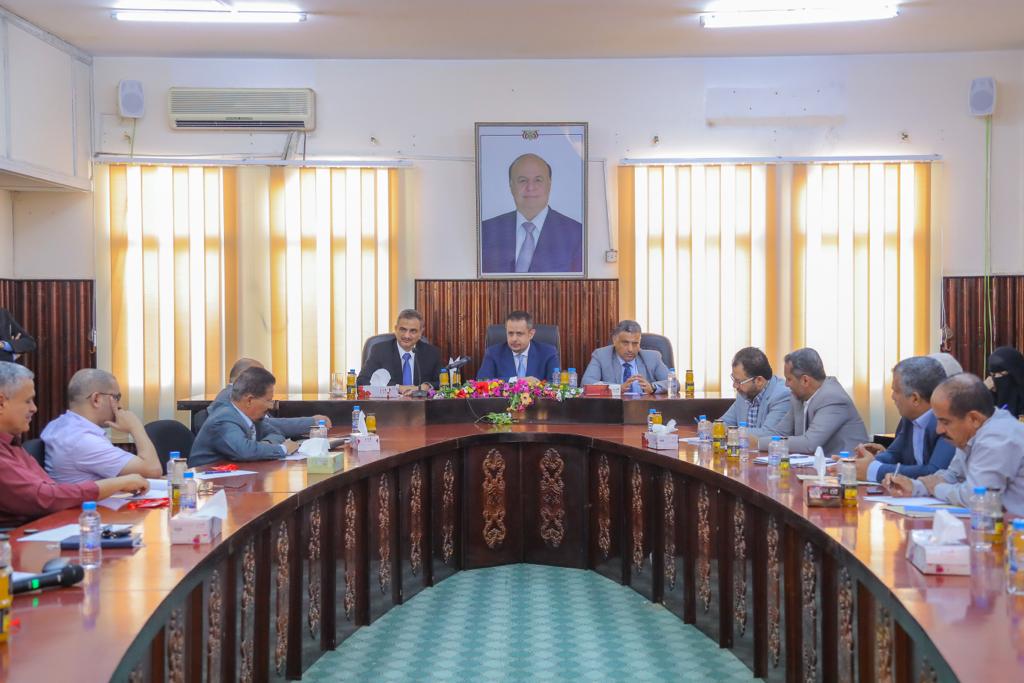 Aden - Saba
Prime Minister Dr. Maeen Abdul-Malik chaired a meeting of the leadership and members of the local authority and the Executive Office at the Aden Governorate Office in the interim capital Aden today..

The Prime Minister delivered a speech at the outset, offering congratulations to the great Yemeni people at home and abroad on the 54th anniversary of the glorious national independence Day, November 30. He indicated that Aden was the icon of this struggle, in which all the national forces banded together to achieve this victory.

He said that the symbolism of celebrating independence after seven years of fighting the battle to restore the state and ending the Iranian-backed Houthi coup, and the determination to keep this struggle glow of freedom and preserve the Arab identity and identity of Yemen. He pointed out that Aden is still suffering from the effects of war and destruction as a result of the Houthi war in 2015 AD and sacrificed many of its residents and is still struggling in the battle to attain stability and construction and victory over terrorism. He said, "Yemen's main problem that affects its sovereignty and unity is caused by the Houthi coup militia, the largest terrorist militia movement."

Dr. Abdul-Malik touched on the current challenges that Aden has faced since 2015, and the plans that have been put in place to end the effects of the war and start reconstruction works in its various directorates and to limit the damage, and what can be done to overcome the obstacles that prevailed during the last period.

He noted that in 2015 there was no choice for the people in Aden but to carry their guns and fight, realizing that freedom is not an option, but rather a destiny for those who want to live in freedom, dignity and sovereignty.

The brothers in the coalition to support legitimacy led by the Kingdom of Saudi Arabia stood by our side and made sacrifices with us, and their blood mixed with our blood from the Kingdom, the Emirates, Sudan and Bahrain. He affirmed that Ma’rib today is fighting a national battle for victory for all of Yemen, after it has transformed from a small city into a meeting place that brings together all the people of the country and established universities in which movement and life arose.

He stressed that Aden has a special status, not because it is the economic capital, but now it is the political and economic capital, and we must all bear the responsibility to spare it any conflicts, because the conflict in the capitals usually moves like it or not, and this is what happened in Sanaa and we do not want it to be repeated in Aden.