PM: The main pillar for achieving food security is to give priority to agricultural sector 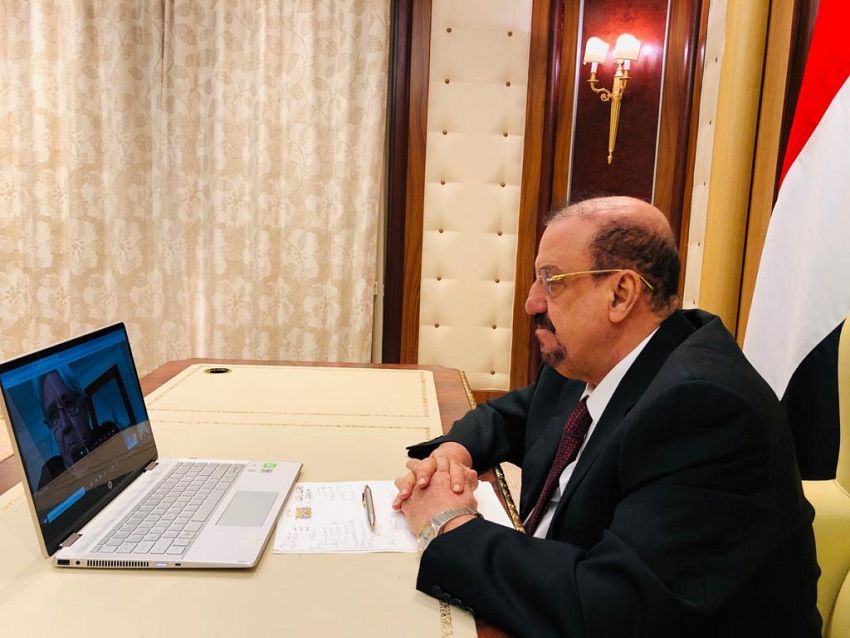 In the meeting held through video conference technology, al-Barakani touched upon Houthi aggressions and violations and latest military escalations against Marib, the last attack took place yesterday by directing a rocket on a mosque in the city, killing and injuring dozens of worshipers.

Al-Barakani confirmed that Houthis do not want peace as they hindered many agreements and have not committed to any initiatives and today they are blackmailing the world by neglecting Safir Oil Tanker, which poses environmental disaster if it explodes or leaks, and their attacks on Marib.

He confirmed that the legitimacy's patience has been tried out and today it is facing huge international pressure to freeze or cancelling Stockholm Agreement, pointing to concessions made by the government for implementation peace choices.

The Parliament Speaker called upon the UN envoy to deal positively with all concessions made by the government for realizing peace in Yemen and define, denouncing the party hindering peace and disclosing its name to local and international public opinion.

For his part, the UN envoy expressed hope of finalizing steps for implementing Riyadh Agreement, praising Saudi role for reaching to the agreement and implementing it, confirming that the UN follows up these steps actively.

The UN works responsibly to avoid all humanitarian disastrous in Yemen, stopping the war and realizing peace, said UN envoy.

He confirmed continuation of his meetings with all parties, experts, specialized and interested people for coming out with final formula for announcing joint declaration, praising government's positive and its active role and cooperation for reaching to peace process.

He also confirmed keenness of the UN for reaching to imminent ceasefire, sopping bloodshed and ending Safir Oil Tanker issue.

PM: The main pillar for achieving food security is to give priority to agricultural sector

Miftah discusses with WHO health situation in Marib 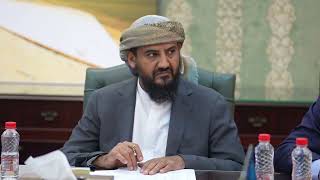