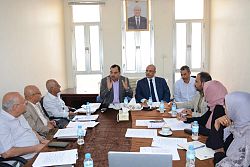 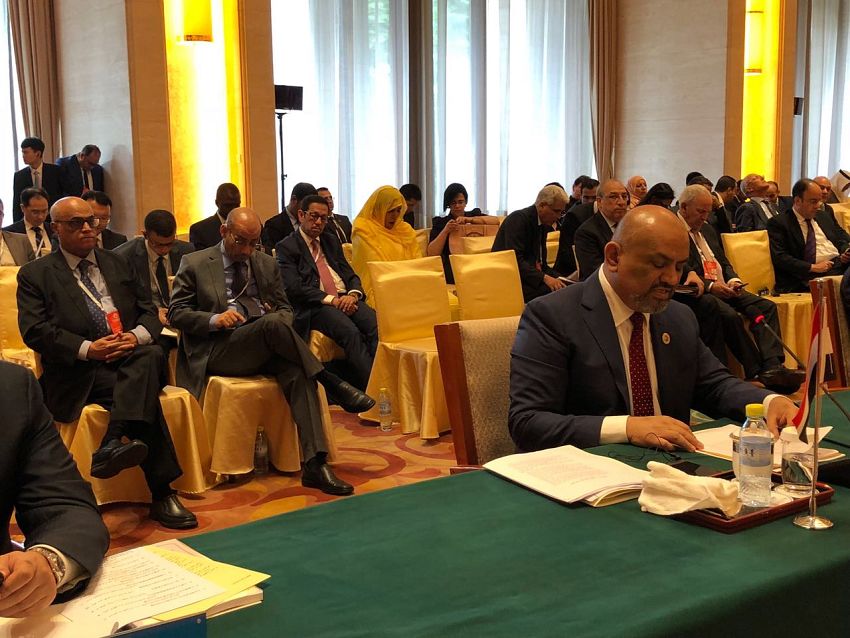 Addressing the 8th session of the China-Arab States Cooperation Forum (CASCF) in Beijing, Alyemany pointed out that the government has supported the efforts of the UN Secretary General's Special Envoy, Martin Griffiths, to hammer out a settlement that is based on the terms of reference agreed upon by the Yemeni people, the region and the world; The Gulf Initiative, the UN Security Council's resolution 2216 and the outcomes of the National Dialogue Conference of 2014.

He stressed that any settlement proposal skipping these principals cannot be accepted and any efforts beyond the UN's mandate and the content of the UNSC resolutions will not succeed.

"My country has gone through big upheavals in the past years," he said "As it recovered its balance following the so-called Arab Spring revolutions, and the efforts were directed toward building a civil modern Yeme, the Houthi coup came in 2014 with the support of Iran."

He said the rebel militia seized state institutions, occupied cities and dedicated the state resources to serve its wars and Iran's expansionist projects, which triggered an unprecedented humanitarian crisis."

"The coupist militia threatened the security of the neighboring countries, the international shipping routes in the Red Sea and Bab al-Manedb strait; they attacked commercial vessels and planted naval mines indiscriminately."

He said that the government with backing from the Saudi-led Arab Coalition has regained control over more than 80 percent of the Yemeni territory and is working hard to alleviate the suffering of the Yemeni people."

He said that the government and the Coalition are bent to restore Yemen as a country that contributes to stabilizing the Arab region and protecting the international shipping routes trade south of the Red Sea."

He said that the army with Coalition backing is advancing in the port city of Hodeidah, in a well-planed and careful way to avoid harming civilians and damaging infrastructure in compliance with the international humanitarian law. He said that an exceptional and massive humanitarian operation is going in tandem with the military operation to alleviate the suffering of the people in the city and outskirts.

He pointed out that the CASCF is the culmination of decades of balanced Arab-Chinese relations based on trust, mutual respect, joint action, coordination and exchanges between the Arab countries and China.
"It is our responsibility to strive to strengthen the role of CASCF and implement what is agreed upon …to realize our people's aspirations for prosperity and development.

"We all know that the world is undergoing profound changes in terms of the world order and a state of unprecedented uncertainty, accompanied by a range of security, cultural and developmental challenges," he said. "We must pass this stage and preserve the achievements of humanity based on the language of dialogue and common interests."

" I would like to applaud the vision of His Excellency President Xi Jinping, President of the People's Republic of China, which he emphasized this morning on deepening the Arab-China partnership," he said.

He praised China's Belt and Road Initiative which seeks to strengthen communication and bonds between countries and to achieve common economic, trade and cultural interests and to share the fruits of prosperity and construction.