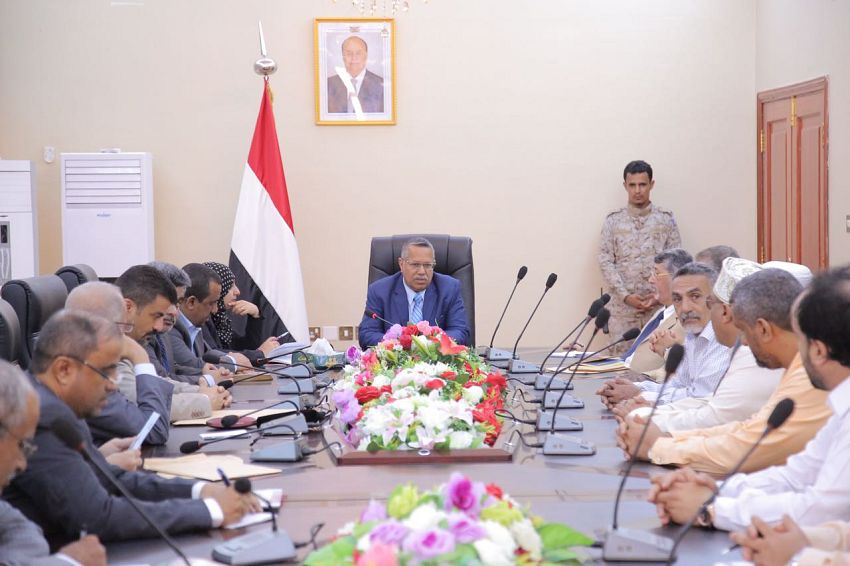 ADEN-SABA
Prime Minister Ahmad Obeid bin-Daghr held a meeting with Chairman and members of Aden Chamber of Commerce and representatives of income institutions and discussed with them expanding activities of companies, institutions and re-operating factories here.

He urged on creating real partnership between private and public sectors in accordance to laws and regulations, confirming that the government will provide all necessary facilitations for expanding and operating companies and trade institutions in Aden and other provinces for reviving economy.

"Today, we are working on rebuilding economic and commercial institutions, putting in mind priorities of realizing security and stability besides services," said bin-Dagher, highlighting re-opening factories which stopped over Houthi-Saleh's war on Aden.

He listened to chairman and members of the chamber of commerce and reviewed a number of issues regarding difficulties facing the commercial business currently, noting to great havocs left by Houthi-Saleh's war on private sector and destroying many facilities and factories, in addition toseizing many trucks loaded with goods.

But the businessmen showed readiness to work in this stage, depending on the government and its institutions for protecting and easing measures they require, confirming activating the role of the private sector on providing services to the people.

While Acting Manager of the Central Bank of Yemen Ahmad Hussein talked about facilitations provided by the bank, the Head of Aden Ports Mohammad Amzryh talked about activities of the ports and facilitations they provide in accordance to the followed laws and regulations.

Prime Minister bin-Daghr ordered of re-opening the General Authority for Investment and forming a committee from ministries of finance and planning, Aden University, ports, customs, taxes and four members of the Chamber of Commerce for solving issues faces businessmen and activating trade activity in Yemen.