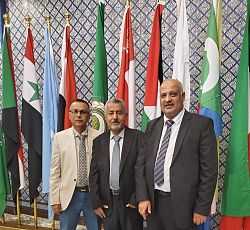 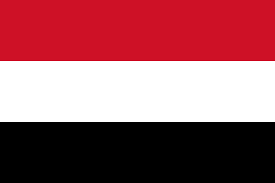 The statements of the Humanitarian Coordinator in Yemen are biased in favor of the Saleh-Houthi coup militia, Yemen's foreign ministry said.

The ministry said - in a statement of which Saba obtained a copy- that the Coordinator's statements " are politicized and unprofessional, do not address the militia's atrocities and take no notice of the coup militia-induced tragic situations."

The ministry said: "The Saleh-Houthi militia have been targeting civilians with all sorts of weaponry they had seized and conducting mass roundups of citizens to their detention centers, inter alia, the jail-turned-faculty of community of Dhamar University, where 112 citizens are incarcerated in miserable conditions. Not to mention the militas' besieging of cities that rejected their savagery and starving of the residents in them."

"The (press) statement issued by the office of the Coordinator Jamie Mcgoldrick came biased, politicized, unprofessional, taking no notice whatsoever of the coup party's crimes, ignoring the real miserable situations that the militia induced and the following violations; the militias continued to target the civilians in the province of Taiz during May-June of 2017. (They used) various missiles and projectiles committing 17 massacres in the neighborhoods and markets of several districts; Al-Qahira, al-Mudhaffar, Salah, al-Misrakh and al-Wazi'iyah. In that, they took the lives of 145 people, 11 of them were women and 26 children. As many as 165 sustained injuries, among them 21 women and 48 children. Public and private properties were destroyed. Citizens were terrorized."

The ministry said that part of what it claims had previously been confirmed by the UNCHR spokesperson in a press conference in Geneva on 23 June 2017. "The spokesperson had confirmed possessing documentations of 12 indiscriminate shelling by the coup militia against 10 civilian neighborhoods and two Souqs (markets) in which 19 civilians were killed, spanning the period from 21 May to 6 June."

The ministry recalled that the Doctors Without Borders office operating in Taiz had on 23 May 2017 indicated that they received 57 casualties, most of them women and children, hospitalized to them because of shelling transpiring on the city's neighborhoods.

"While it believes in the importance of the international organizations' role in human rights protection, the Yemeni foreign ministry is calling upon these organizations including the Humanitarian Coordinator office to do a genuine un-politicized and impartial evaluation of the abuses that incurred casualties and a rise in the number of incapacitated people. Also calling on the Coordinator to see all Yemen's provinces and parts as equal."

The ministry said holds the Saleh-Houthi coup miltia responsible for the violence acts and targeting of civilians in all Yemeni provinces in disregard to the International Humanitarian Law. "These crimes should draw a wide international condemnation, not cover-ups with prejudiced and misleading statements from international officials."

The ministry promised that "the Saleh-Houthi militias, being the perpetrators of these atrocities, will, sooner or later, be held to account national and internationally" for what they did.