Argentina wins the 2022 World Cup after defeating France
The Argentine national team was crowned champion of the Qatar World Cup 2022 after defeating its French counterpart, by penalty shootouts, by four goals to two in the match that brought them together, this evening, Sunday, at Lusail Stadium, after the end of the original and extra time, in a positive tie with three goals for both teams.
Last Update: ، 2023/02/04 Time 12:02:35
Latest News:

President Hadi addresses the nation on the advent of Ramadan 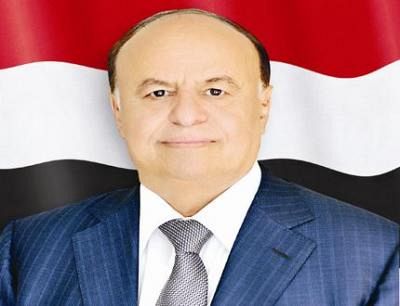 President Abdu Rabbo Mansour Hadi has addressed the nation congratulating them and the Arab and Islamic countries on the advent of Ramadan. "it (Ramadan) comes to add to our life a constructive power of faith, newly every year," he said.

"It is a month of mercy and forgiveness, in which souls rise above and the values of love, brotherhood and tolerance get deep rooted."

Hadi offered a special congratulation to the national army, resistance and Arab coalition led by Saudi Arabia. "I highly commend your spirit of determination and sacrifice for the pure soil of the country," he said. "Congratulations and salutations go for the wounded, captives, abductees, and the martyrs' families."

.
The president regretted that this is the third Ramadan that falls while Yemen still lives a tragedy and exceptional circumstance.

Hadi said the majority of Yemenis have suffered as a result of the Saleh-Houthi allied militias's war and coup against the national consensus which Yemenis reached after their enormous sacrifices to make a change; "to build a modern civil state where ruled by law, order, justice, equality and sharing of power and wealth."

The president said he is committed to save no effort in reconstructing the nation anew and achieving "the people's dreams of a federal Yemen that has its foundations determined in the National Dialogue and constitutional draft."

"I am aware of the magnitude of suffering you are enduring in all regions of our dearly homeland from Saada to Mahrah. I, especially, mean the city of Taiz that's been enduring an unfair blockade and a savage barbaric shelling." Hadi continued: "We experience your pain and feel the bitterness of what you suffer."

"We, and our honorable brothers from the Arab collation, are exerting all efforts to alleviate the Yemeni people's suffering in different places. (We are active) "in all service and humanitarian fields."