Vice President: 85% of Yemen is under control of the legitimate government 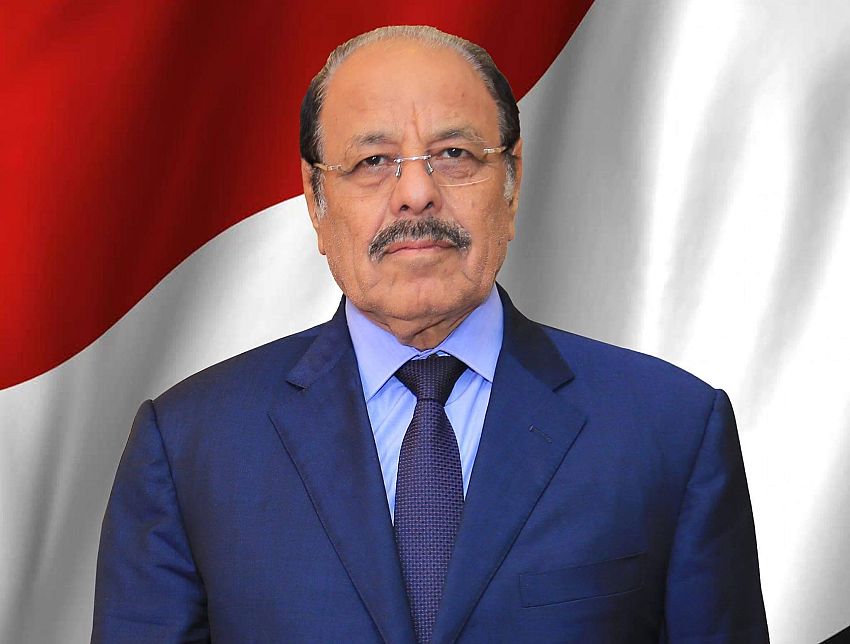 Riyadh (Saba)- Deputy Vice President Ali Muhsin Saleh has highly appreciated the attitudes of the Arab Coalition's countries and their response to the calls for saving Yemen from being fallen into the hands of Iran's projects.

In an interview with al-Riyadh newspaper published on Monday, Vice President said that the brotherly Kingdom of Saudi Arabia largely assisted Yemen, pointing out that Yemen would have become a Persian state if the Saudi-led Arab Coalition did not intervene to save it.

He also stressed that all Yemeni seaports were retaken by the government except Hudeidah Port, emphasizing that it will be restored soon.

He also spoke about different political and military issues and updates, indicating that 85% of Yemen's territories were liberated by the legitimate government and all resources of oil and energy were also regained.

"The Houthi-Saleh militias reject all efforts and attempts to solve the Yemeni crisis" Vice President added, noting that the militias don't pay any attention to the suffering of the Yemeni people.

He mentioned the Yemenis suffer very much as a result of the war and chaos resulted by the coup carried out by the Houthis-Saleh militias against the legitimate government.

He made reference that the Yemeni National Army is now on the outskirts of the capital Sana'a and its artilleries are able to target positions at the heart of Sana'a.

He reaffirmed that all Yemeni areas which are still run by the Houthi-Saleh militias will be liberated and that the reconstruction of Yemen will be immediately launched after that, citing that a Yemeni state of six federal regions will be created.

Vice president said that the rule of law, justice and equality will be prevailed in Yemen, hoping that Yemen will be swiftly integrated in the Gulf Cooperation Council. He further asserted that Yemen is integral part of its neighboring states located in the Arab Peninsula.

Vice President spelt out that the Houthis-Saleh militias are used by Iran to stabilize Yemen and the region, adding that they pose a threat to the international navigation.

"They are overseeing training, planning and management, and providing money, logistic and technical support for the militias" he went on.

"In addition, Iran continues trafficking all kinds weapons and ammunitions to the Houthis and their allies" he reiterated, noting that modern rockets and arms are delivered to the Houthis.

"All these acts practiced by the Houthis-Saleh militias are violations of international conventions and a threat to the Arab Nation, particularly the GCC states" he continued, calling all

Arab countries and the international community to firmly stand against behaviors of Iran and Hezbollah which aims at destabilizing Yemen and the Arab Gulf.

Vice President also said that the Yemeni National Army scored gains on the ground, signaling out that it managed to liberate vast swathes of Yemen including main parts of Saadah, the main stronghold of the Houthis, Hudeidah and Sana'a.