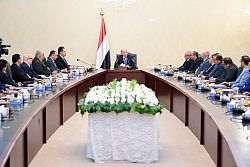 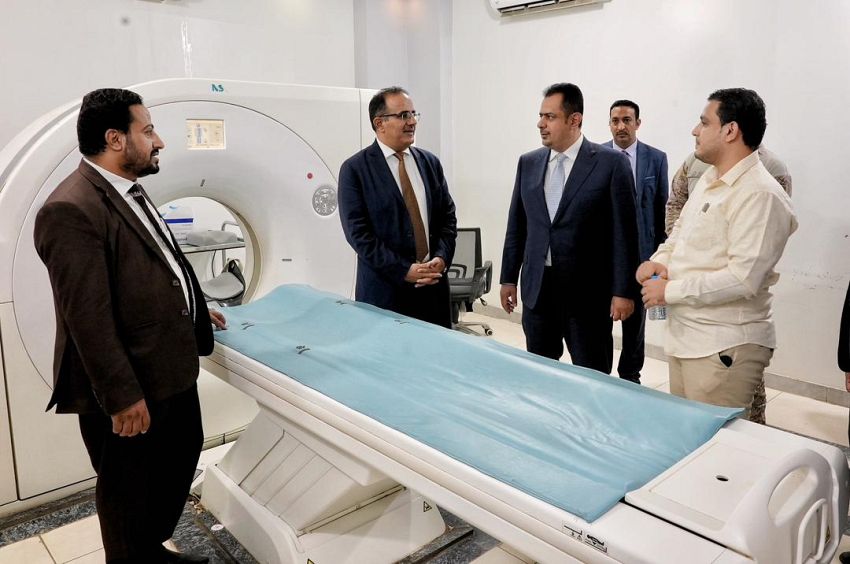 Marib – Saba
Prime Minister Dr. Maeen Abdulmalik paid an inspection visit to the Marib General Hospital today Tuesday, during which he was briefed on the medical and diagnostic services provided by the hospital to various segments and categories.

The Prime Minister, accompanied by the Minister of Public Health and Population, Dr. Qassem Buhaibah, and the Secretary-General of the Council of Ministers, Mutee Dammaj, toured the hospital departments, and listened to an explanation from the administrative and medical staff on the progress of routine work, the level of performance, difficulties and challenges, and the mechanisms for overcoming them. Dr. Maeen Abdulmalik expressed his thanks and appreciation to the hospital's open specialized presidency and the staff working in it for the efforts they are making and what this distinguished medical edifice offers.

The Prime Minister also directed the start and speed of completion of the cancer treatment center, stressing the need to make more efforts to improve the performance of medical services in the hospital, and support the hospital with cadres and consultants.

The Prime Minister praised the efforts made by the hospital administration and all its employees in order to provide the best medical and treatment services to members of the army and the resistance, stressing that the government will pay special attention to the hospital to address the necessary financial obligations and provide the necessary medical devices.