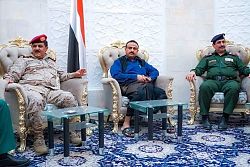 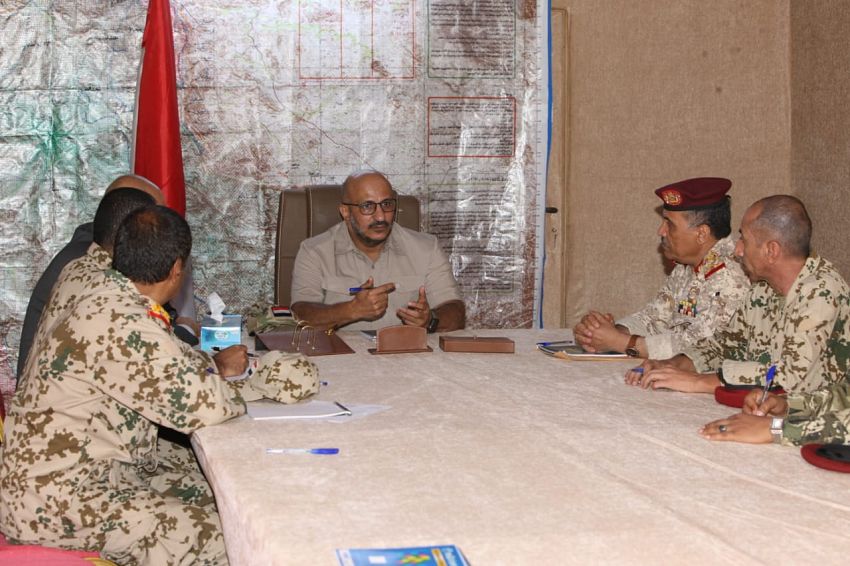 Taiz - Saba
Member of the Presidential Leadership Council, Brigadier General Tariq Saleh, discussed with the leadership of the Taiz Axis, the security and military developments in light of the escalation of Houthi violations, and their repudiation of their obligations under the UN brokered truce.

Tariq Saleh, said during the meeting, "The intransigence of the Houthi militias and their continued truce violations with various types of weapons, and their refusal to fulfill their obligations to lift the brutal siege on Taiz Governorate, was not surprising, and since its inception, it has been the one who has consistently overturned covenants, and pursued a policy of collective punishment against civilians, and using the humanitarian file as a material for misinformation, extortion and bargaining.

Brigadier-General Tariq Saleh added, "The Houthi militia has become exposed to Yemeni and international public opinion, and even among its members, after it was confirmed to everyone far and near that it stood as a stumbling block in the way of calm and peace efforts, and any step to alleviate the suffering of Yemenis, and the militia's blind support behind the Iranian project and the destructive targeting of Yemen's land, people, identity, security and stability of the region and the interests of the whole world."

Brigadier-General Tariq Saleh warned against the Houthi militia's exploitation of the truce to strengthen its mobilization of fighters, weapons and equipment for the battlefronts in the governorates of Ma'rib and Taiz, and to double the recruitment of child soldiers, in addition to managing subversive activities to target state leaders, security and military leaders, politicians and media professionals in coordination and cooperation with terrorist groups, to confuse the stage and destabilize the situation, security and stability in the liberated areas.. He praised the generous support provided by the brothers in the Kingdom of Saudi Arabia and the United Arab Emirates to the Yemeni government and people in various fields, without which the Iranian regime would have imposed its project in Yemen and things would have gone unimaginable.