Mujalli: Houthi militia committed 4276 breaches against the UN-brokered truce
Spokesperson of the Armed Forces Brigadier Abdoh Mujalli said" Iran-backed Houthi militias has committed 4376 infringements against the UN-sponsored humanitarian truce since the cease-fire agreement put into its effects until today Saturday. The breaches of the truce occurred in different flashpoints in the governorates of Marib, Taiz, Aljawf, Hajjah, al-Dhale'a, Sa'ada and Hodeidah".

ADEN - SABA
Ministry of Human Rights has condemned with the strongest terms the terrorist Houthi militias' ongoing violations of the UN-humanitarian truce and the militias' crimes and atrocities against the civilians mainly children, women and old people.

The Ministry issued a press release learned by the Yemeni News Agency (Saba) noted that the most recent heinous crimes committed yesterday, Friday evening, in Taiz governorate. The militiamen targeted the house of Hashim Mohammed Ali with artillery round in the region of Hathran, the village of al-Meqbabah, of Taiz governorate.

The report stated that on 9 May 2022 a woman called Za'afran Hezam Ahmed (60-year old) was killed by Houthi sniper gunfire who shot the woman dead while she was taking care of her rams in the area of al-Be'rarah, northern Taiz city.

On 27 April Houthi militia's militants opened their gunfire on the civilians in the region of Mrkhazah in the district of Qa'tabah, western al-Dhale'a governorate. As a result the citizen Yahya Ali Azahari was killed, his brother Solaiman Ali Azhari wounded while they were looking after their cattle in their farms.

The Human Rights Ministry's report cited statistics of Houthi militias' breaches of the truce since it took its effects on 2 April until today, noting that Houthis' violations reached (2782) distributed as follow: 656 in the flashpoints of Taiz governorate, 634 in the frontlines of al-Dhale'a, Lahj and Abyan, 386 in the fronts of the western coast and Hodeidah, 555 in Sa'ada and 551 in Marib and ALjawf. 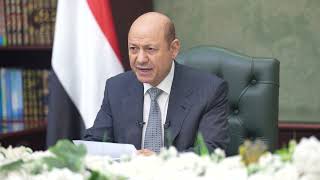