The 21st September is one of the gloom-ridden days of the Republic, Yemen Minister says 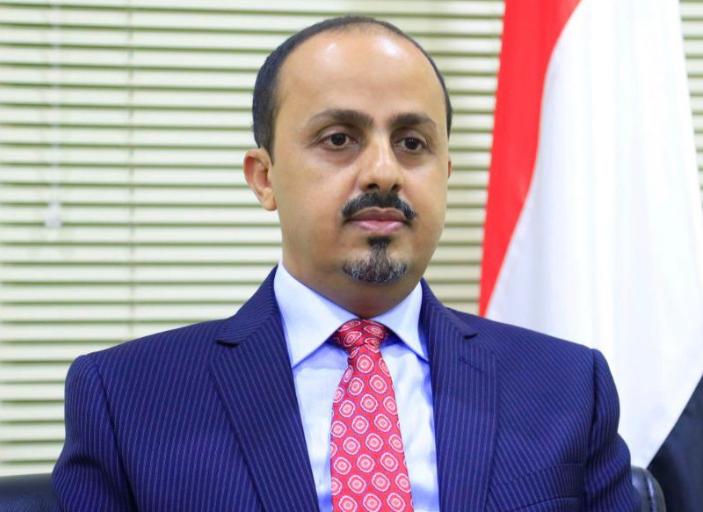 ADEN - SABA
Yemen’s Information Minister said the 21st September which Houthi militants in Sana’a commemorate as their takeover day “is one of the most gloom-ridden days of the Republic and is the biggest defeat in the history of Yemenis.”

In a statement to Saba, Muammar al-Eryani said the militia’s coup d’état which sought to reinstate the pre-1962 theocratic reign albeit “under the cover of seeking to reverse price increases” opened the gates of hell loose for Yemen: The militia committed the most horrific crimes, bombing houses, schools and mosques; shelled cities; killed, kidnapped, tortured, displaced and put under the poverty line millions of Yemenis; and halted public salaries, recruited child soldiers and made the lives of Yemenis an unbearable hell.”

“The militia deactivated the nationally agreed upon constitution of the country and issued an alternative ‘constitutional declaration’, froze political action and pluralism, de-activated rights and freedoms, stifled voices, suppressed the society and used the judiciary to settle scores” with oppositionists.

“Despite looting the public treasury, the militia has not laid the foundation stone not even for one developmental project, a school, a university or a road. All what they achieved is that they inaugurated hundreds of cemeteries in all cities and villages to bury their militants fallen during the aggression attacks on the Yemeni people,” he said.