President al-Alimi holds session with Board of Directors of the Central Bank
His Excellency President Dr. Rashad al-Alimi, Chairman of the Presidential Leadership Council along with the Member of the Presidential Council Abdurhman al-Mahrami convened a meeting today, Wednesday, with the Directors of the Central Bank of Yemen (CBY) to discuss the bank's efforts to control the monetary policy and ongoing reforms to bolster the banking sector's role and absorb the financial pledges of the allies, regional and international donors.

Argentina wins the 2022 World Cup after defeating France
The Argentine national team was crowned champion of the Qatar World Cup 2022 after defeating its French counterpart, by penalty shootouts, by four goals to two in the match that brought them together, this evening, Sunday, at Lusail Stadium, after the end of the original and extra time, in a positive tie with three goals for both teams.
Last Update: ، 2023/02/02 Time 02:28:32
Latest News:

Akbari is discusses with UNICEF supporting education sector in Yemen 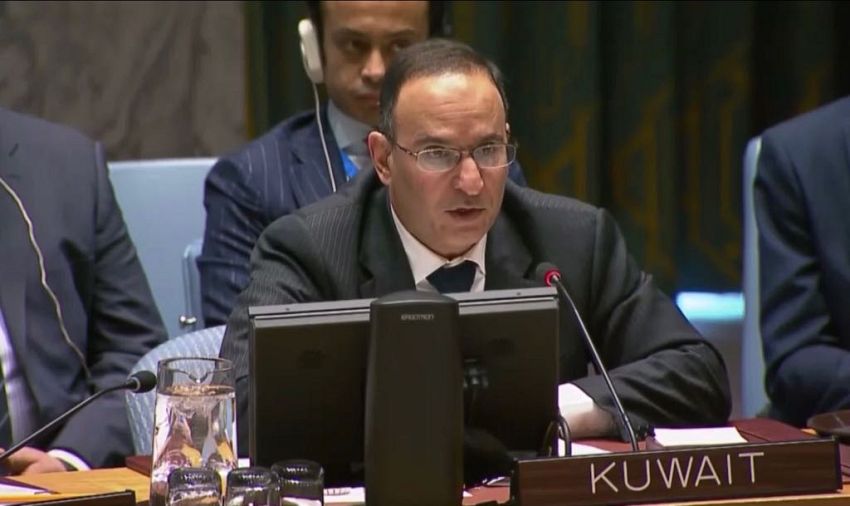 NEW YORK-SABA
The State of Kuwait has shown readiness for providing logistic support for ensuring participation of Yemeni parties in peace talks supposed to be held in Stockholm.

He confirmed support to efforts of the UN Envoy to Yemen Martin Griffith for this purpose.

Kuwait believes that the solution to Yemen's crisis is only political, said Kuwaiti Representative in the UN Security Council Mansour al-Utaibi in the Security Council's session on Yemen on Friday.

He expressed support to the political process for ending suffering of the Yemeni people and significance efforts for ending the crisis on the bases of the three political references; the GCC Initiative and its Executive Mechanism, outcomes of the National Dialogue Conference and the UN Security Council's relevant resolutions.

He stressed significance of committing to Resolution 2216 for ensuring the sovereignty, independence and unity of Yemen and not interfering in Yemen's internal affairs.

He hoped that Yemeni parties will commit to attend this round of talks with goodwill participation without preconditions in a manner that disperses fears of former failed talks in Geneva, which have gained absolute support from the Security Council and the international community, especially the Countries of Arab Coalition.

The Arab Coalition States ordered halt of their military operations then and provide all facilitations ensuring Houthi party's participation "but unfortunately, Houthi delegation relinquished and did not participate," said al-Utaibi.

He pointed out thatHouthi delegation's non-participation has complicated crisis and deepened its catastrophic effects on humanitarian, political and economic domains.

He mentioned that the talks in Stockholm reflected keenness of the countries of the Arab Coalition for supporting political process in Yemen and for ensuring security, stability, unity and sovereignty of the country.

He hoped that the talks will reach a political solution based on the three agreed upon references, expressing concern on deteriorating humanitarian situations in Yemen, which threatening food security and threatening more than 14 million of hunger.

Al-Utaibi attributed these conditions to failure of implementing the UN Security Council's relevant resolutions and continuation of the armed conflict, which created bad economy led to halt of paying salaries of the government employees and sharp drop of the Yemeni Rial before foreign currencies.

He called on the international community to shoulder its responsibility for providing needed support to the government to implement its economic policies and pay salaries of the employees.

Akbari is discusses with UNICEF supporting education sector in Yemen

Al-Eryani discusses with US ambassador situations in Aden