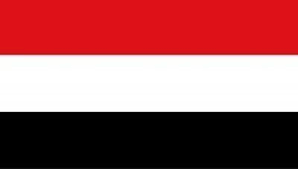 ADEN-SABA
Yemeni government represented by Foreign Ministry has sent an official petition on Thursday to the Special Envoy of the UN Secretary General to Yemen Isma'il Old Shieh Ahmed, the High Commissionaire of Human Rights and ambassadors of the 18 countries sponsoring peace process in Yemen about illegal practices committed Houthi militias against the properties of thousands of politicians and statesmen, activists and media men and women who are opponents to the Iranian scheme and opposing the militias' destructive actions.

In its petition the Yemeni News Agency (Saba) received a copy of, the Foreign Ministry said:" The Putschist militia has given recently instruction to the so-called the Yemeni Central Bank in Sana'a, which has not got any legal status after the administration of the Central Bank had already been moved to the interim capital Aden, to freeze bank accounts, assets and properties of thousands of statesmen, politicians, activists and media people who are anti-Iranian expansion proposal in Yemen and sectarian actions that Iran-backed Houthi militia have embarked on".

The Foreign Ministry continued to say" These illegal practices demonstrate how dangerous it is to keep silence on the violations committed by the militia against the Yemeni. These violations included killing outside the law, abducting, raids at nights, detonating houses and taking control over properties. Such illegal and irresponsible actions leave no room for peaceful solution to the Yemeni crisis".

The Foreign Ministry strongly condemned these illegal measures by the putschist Houthi militia which has opted for seizing public and private-owned properties to finance their war and punishing Yemeni people of all political constituencies, paying no attention to national and international laws and human rights principles.

The Foreign Ministry has called on the UN, High Commissionaire of Human Rights, countries sponsoring the peace process in Yemen to take serious positions and steps that can put an end to these savage practices , branding them as violations of international laws and resolutions, and hampering all efforts aiming to bring about peaceful solution on the basis of the GCC' Intiative, outcomes of the National Dialogue and UN Security Council resolution 2216.