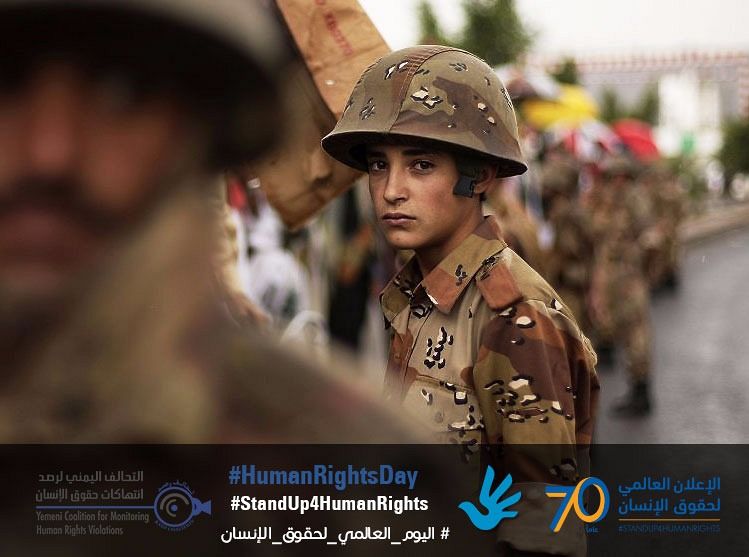 In a release issued on the occasion of the World Day of Human Rights on Sunday, the alliance pointed out the innocent citizens in Yemen suffer intentionally killing out of law, forcibly disappearance, illegal detention, displacement, suppressing peaceful sit-ins, torture and curbing freedom of transfer by Houthi militia.

The militias are depriving people of economic, social, civil and political rights, most importantly, the right of learning, health, work and political participation.

The YAMHRV noted to escalated violations in Sana'a and other provinces in Yemen during the past week and serial of crimes committed by the militia against citizens and included mass killing and arrest of a number of activists and politicians, storming and bombing houses and blocking internet.

" The International Community and world organizations are pledged today more than any time passed to play their role on
accordance to the international law and human rights law and all UN resolutions on Yemen," said the alliance.

"They have to commit the rebel militia to immediately carry out these resolutions and respect Yemen's pledges in those laws, declarations and resolutions as a defacto authority, more specifically they have to commit them to return to the political track and handing over institutions to the legal government, withdraw from cities and handing over weapons."

The alliance confirmed it is working on monitoring all forms of violations committed against citizens and reporting to all organizations.