Argentina wins the 2022 World Cup after defeating France
The Argentine national team was crowned champion of the Qatar World Cup 2022 after defeating its French counterpart, by penalty shootouts, by four goals to two in the match that brought them together, this evening, Sunday, at Lusail Stadium, after the end of the original and extra time, in a positive tie with three goals for both teams.
Last Update: ، 2023/02/07 Time 11:32:36
Latest News: 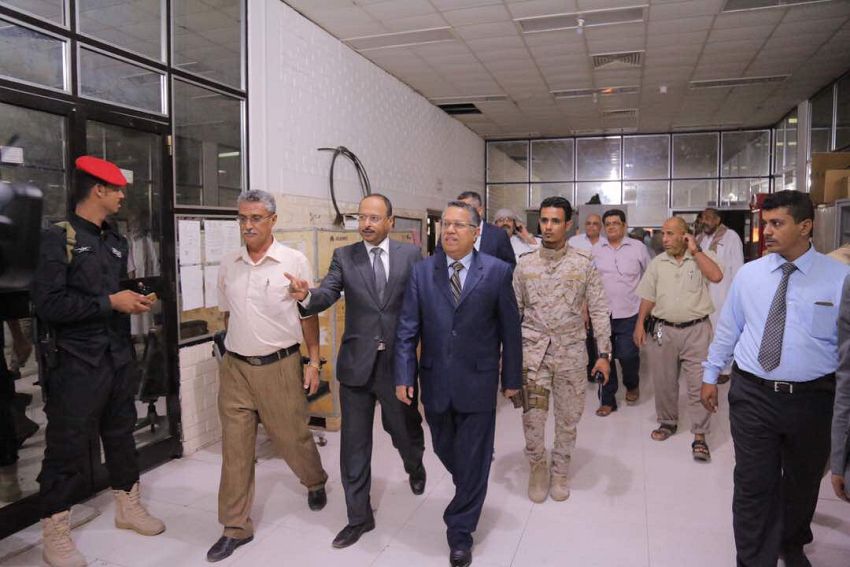 ADEN-SABA
Prime Minister Ahmad Obeid bin-Daghr inspected on Tuesday the project the Euro-Asian- African Marine Cable to be installed in Yemen during the forthcoming three months.

The project worth USD 25 million with 25 thousand KM. length is extended from Hong Kong crossing Aden and ending in Marseille. Yemen is a key partner in the project aiming to strength telecommunication signal linking East of Asia with Europe.

President Abdo Rabbu Manshour Hadi laid the foundation stone of the project in 2013 as one of the most important technical projects Yemen is carrying out, said bin-Daghr. The project.

"Today, and after huge and successful efforts, we are harvesting the fruit of the giant project, which will achieve a breakthrough in telecommunication and internet," said bin-Daghr.

He added that the net speed, which will be provided by the project, is 40 times higher than the currently-used speed to reach 1800 byte per second, a matter which will provide better service to the people with lower cost and provide high net speed to keep pace with international standards.

He praised efforts of the Ministry of Telecommunications and Information Technology for accomplishing the project, which will enter service across Yemen during the forthcoming months.

" With directives from the President, we have carried out a number of projects and overcome many challenges facing us, especially in power field," said Premier bin-Daghr, adding they are working in improving service projects and will be opened soon in the future.

Bin-Daghr, who called all Yemeni people for integration, working together, abandoning differences and delaying small projects that do not serve the homeland, said the government is planning to implement strategic projects.