Argentina wins the 2022 World Cup after defeating France
The Argentine national team was crowned champion of the Qatar World Cup 2022 after defeating its French counterpart, by penalty shootouts, by four goals to two in the match that brought them together, this evening, Sunday, at Lusail Stadium, after the end of the original and extra time, in a positive tie with three goals for both teams.
Last Update: ، 2023/01/29 Time 05:45:56
Latest News: 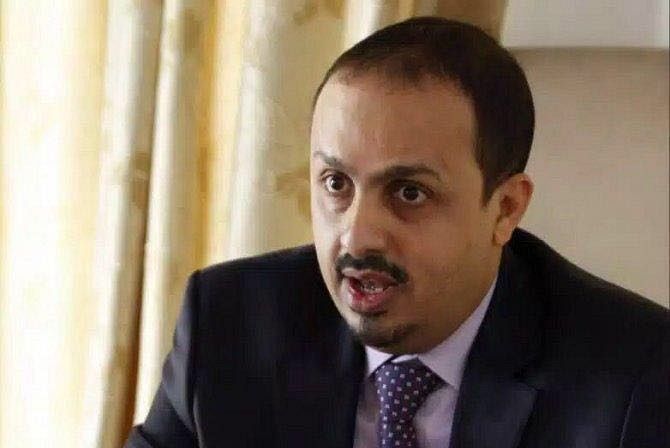 Paris, (Saba) - Houthi-Saleh's militias "curbed all media outlets after their coup and formed inclusive media for their own and run by one strategy extending from Tehran and Lebanese Southern Suburb, and supported by other networks belong to Iran," Minister of Information Muammar al-Iryani has said.

" The Kingdom of Saudi Arabia, led by King Salman bin Abdul-Aziz, was the first to support the state and private media and opened its borders before pursued journalists and media men by rebels," added al-Iryani in a symposium held at the Arab World Institute organized by Yemen's Embassy in Paris, in cooperation with the institute.

" Despite President Hadi's keenness on avoiding civil war by signing the Peace and Partnership Agreement under UN sponsorship, their {Houthi-Saleh} militias continued their storm on the capital Sana'a, besieged the state TV, attacking it by different types of weapons, and occupied it on the 21st of September 2014," said al-Iryani.

The militias besieged the house of the legal president, prime minister and his ministers, said al-Iryani, confirming, "I was one of those ministers who were subjected to house arrest."

"The coup shut down all journalist and media institutions; private, partisan and independent TVs and radios, and followed up journalists, reporters and cameramen, who have been subjected to arrest, torture and even snipping and assassination," he said.

The coup seized the state media and subjected it to Houthi administration for sectarian address and used as war information, said minister of information.